1xBet player wins over $2 million on a 44-event accumulator

1xBet player wins over $2 million on a 44-event accumulator

We all know the story of Ali Baba from childhood, the man who found untold riches and managed to take advantage of his good fortune. Who hasn’t dreamed of emulating him and becoming rich in an instant? After all, we all love fairy tales with a wonderful ending, where the people’s hero is revered.

It turns out that in 2021, to get rich overnight, you don’t have to go to mysterious caves or seek spells – just place bets on the 1xBet website! At least, this was the path to success for a 44-year-old Almaty resident named Mukhazhan, who recently started playing at 1xBet in 2019. The inspired punter succeeded in a really impressive forecast, almost incredible in its accuracy – well worth telling about in more detail.

This player placed bets on the website of 1xBet, one of the world’s leading bookmakers, and risked a large sum of 100 thousand tenge (approximately $ 238) on an accumulator comprising of 44 events. Astoundingly, he won, scooping up an incredible 876,682,300 tenge, which is more than 2 million dollars! A fantastic amount that will surely motivate plenty of people to bet at 1xBet.

“I bet exclusively on football. I myself am a football player – I am well versed in this sport. You have seen the result. I chose 1xBet due to the fact that they have freedom of choice in betting: For example, unlimited accumulator bets, high odds, plus the ability to bet on the same team in different tournaments. I like the freedom of choice; I think it’s right, that’s why I am with 1xBet.

I like big accumulator bets; if you win, then it’s big. To be honest, I was nervous before the last matches. When there are 3-4 matches left, and you understand that such an outcome is possible, then willy-nilly, you start to get nervous. The last match was at night; I did not believe it right away. It seemed that this was not happening to me. I immediately woke up my wife, showed her what was occuring. The money was immediately credited to the gaming account – there was zero, and then the amount that you already know about was immediately received, ”said Mukhazhan. 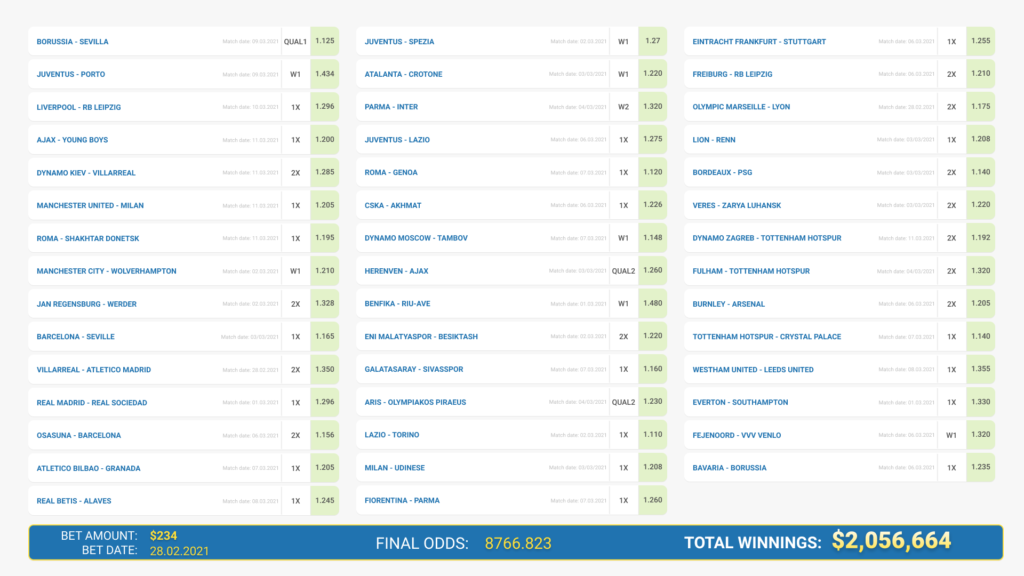 At the same time, it should be noted that events with not the highest odds were selected for the accumulator – the largest of them was equal to 1.48. Most of the bets were placed on the favourites of football matches in European competitions and the leading European championships. This consistent tactic resulted in a generous reward for the forecaster.

The money won by Mukhazhan will be spent on charity – his wife is the administrator of a homeless animal volunteer movement in Almaty.

“I told her that if I ever win, the first thing we do is help those in need. Therefore, the joy was immeasurable. Assistance has already been provided in a certain amount – the debts of local veterinary clinics have been settled, this is a great joy. Not even the win, but the fact that they were able to help. People call – and they just cry from happiness, from the fact that this happened. 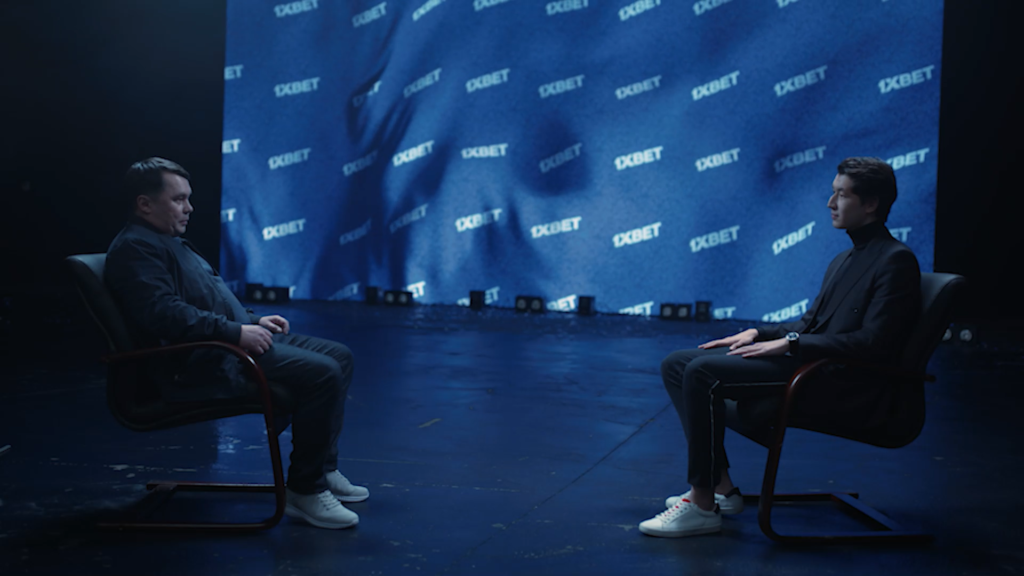 The sums are large – and not everyone is able to help that much. I am a businessman and do not need a car or real estate; I have everything because the decision was first like this. I believe that my gain was due to the fact that the main message was the desire to help those in need. And if the players come in with the thought that the winnings will not only be in their favour, but they will also share with someone, then this will be the secret of success, ”added Mukhazhan.

As you can see, the winner himself believes that the recipe for success is simple. But in the end, everything came together as it should – and a new dollar millionaire appeared in Kazakhstan. This is not the first time that 1xBet players have won enormous sums. At the beginning of 2020, another resident of Almaty won almost 9 million tenge at 1xBet. However, the current 876 million is a new record, and this is the largest win in the history of betting in Kazakhstan and the CIS.

Representatives of the company said that they are glad to see Mukhazhan win, because this once again confirms the leading status of 1xBet in the world of bookmakers. Play with 1xBet – and make fairy tales come true!

1xBet is the official global betting partner of ESL Pro Tour CS:GO and ESL One Dota 2
1xBet Announces Davido as the Newest Brand Ambassador in Africa

Partners-1xBet Partners-1xBet may use cookies to store your details and collect information to optimize the site and tailor our marketing to your permissions and to suit your interests. By continuing to use the site you consent to the use of cookies. Find out more cookies